‘Tis the season to be very busy. Everyone in the Western world, and quite a few others in the rest of it, is flat out at this time of the year, but teachers are especially busy. At UIS, we had the Festival of Lights, which encompasses all the religions and cultures in the School community. It went pretty well, considering we had to go to “Plan B” because of rain. I did the sound for the band stage with a mate, and it was a lot easier doing it in the canteen area than it would have been in the open air, as originally planned. The students performed very well, and it was good to be able to help them sound their best. The bulk of the audience was at the other stage, watching the primary acts but we had a good quota. 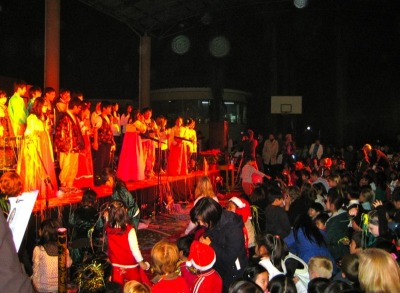 Friday night was the 6th annual Guangzhou Santa Carol Crawl. More than 150 Santas, and a sprinkling of other Christmas icons, gathered at an Irish pub to drink Tiger beer and sing carols. From there, we bussed to a night club for more Tiger, with vodka shots, and ended up at the Westin hotel for even more Tiger, wine and rum shots, with food. It was a great night. Helen, with her Christmas market fairy costume, won the best-dressed woman, which entitles us to a slap-up meal at the Hyatt when we return from holidays. 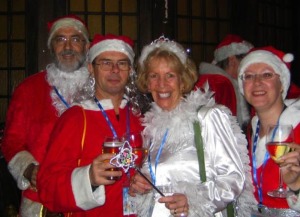 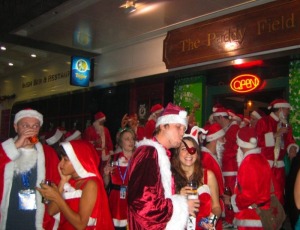 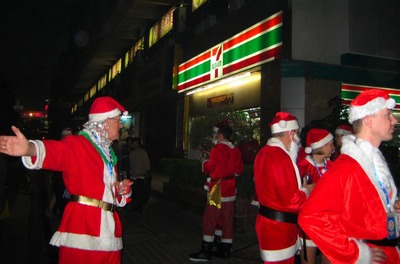 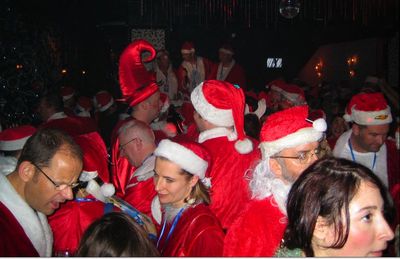 Yesterday, we were back in town, shopping at the computer markets for gifts. We were just in one building, and it was mind-boggling. We got a few neat things, and then walked to the DVD shop, where we spent more than AU$100 on mainly TV series, for us and loved ones. From there, we were back in Tian He at friends’ apartment for Christmas drinks. We were home in the early evening.

Tonight, four of us make our “professional” debut as a band. We’ve played twice at School, and we are doing a couple of hours for a function in town. I hope we are ready.